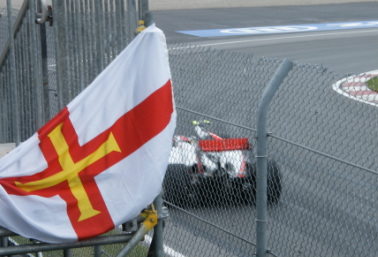 Lewis Hamilton on his way to win his second Canadian grandprix in his third attempt.
Once again, I was in my front row seat. It turned out to be the best race of the year thanks to Bridgestone not being able to handle the rough and crumbly surface at Montreal. No safe one stoppers here. Instead the soft tyres were getting replaced as early as lap 6 by the Ferrari crews and even the hards couldn't last anywhere near as long as we are used to seeing.

Hamilton runs out of fuel after his pole lap