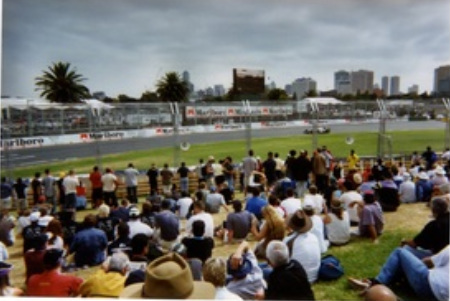 Excuse the terrible quality of the photo. You will have to believe me that that is David Coulthard in a very unreliable McLaren exiting turn 9 during Friday practice 2004.
The 2004 Grand Prix in Melbourne was my first live experience of Grand Prix racing. While Sunday proved to be about as exciting as the Bridgestone favouring weather it was still a great 4 days of motoracing. From Thursday through to Sunday there was tons of great racing from the V8s, historic touring cars, Carrera cup, and Formula Ford. I got to see Peter Brock in a Ford Torana, as well as Stirling Moss in a Maserati. With General admission tickets I managed to watch racing on 90% of the track over the 4 days. 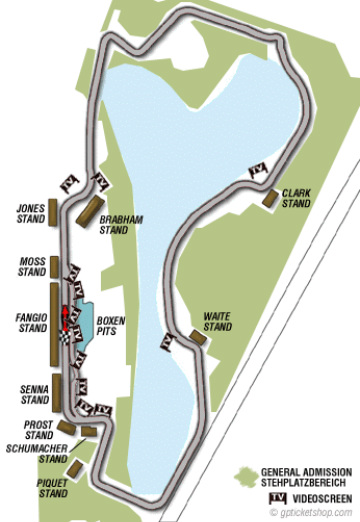